I played with ret2rev and we placed 38th! Great CTF; I appreciated the theme and the challenges were well designed. I've included writeups for the rev challenges I solved.

The first place to go is the main funtion! The binary is stripped but binary ninja is kinda enough to detect and rename it automatically, so all that is left is analyzing the function. 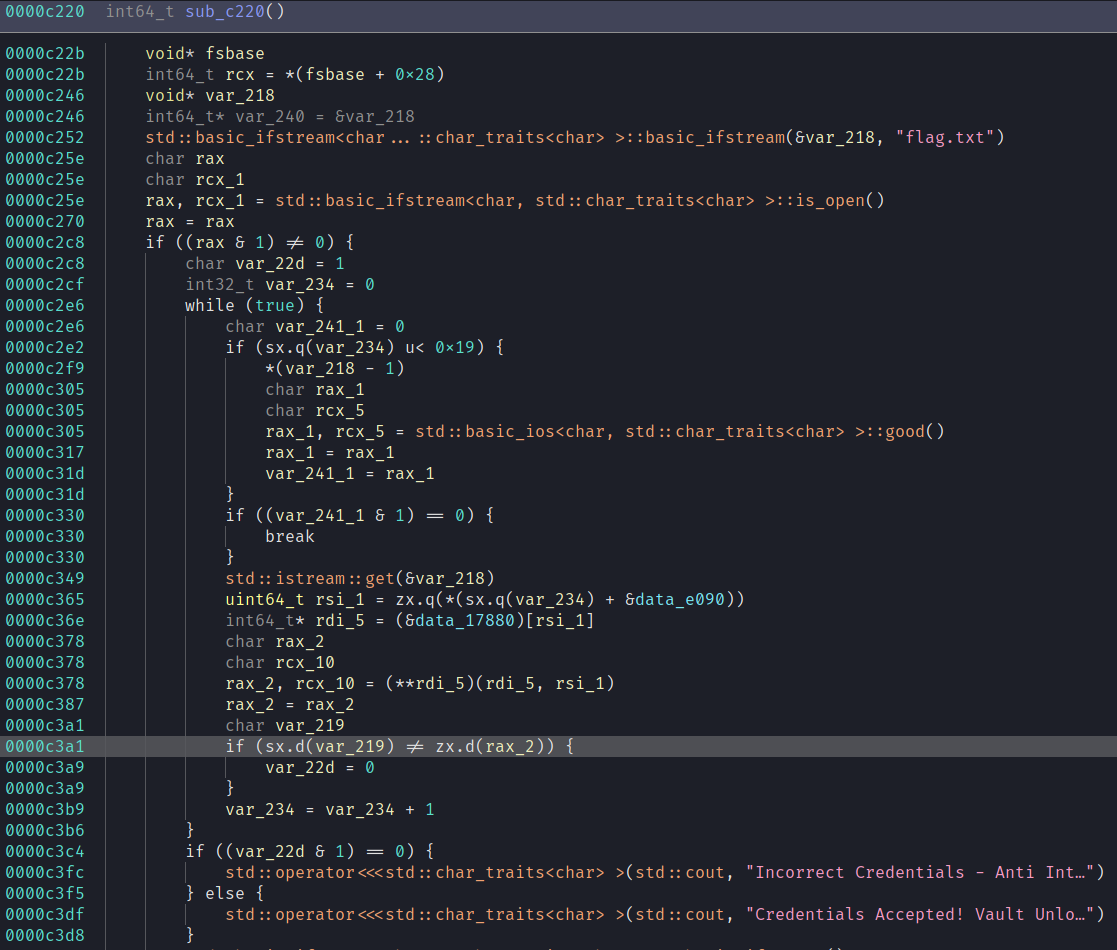 It's fairly straightforward for a stripped c++ binary. At the top it opens up an ifstream for flag.txt and then it reads it byte by byte. Each byte is compared against the output of some gross function pointer return and if any of those comparisons are wrong it will print "Incorrect credentials".

All of the functions are just there in the binary if you wanted to reverse it manually but I do not. The thing is that every byte of the flag is in memory at some point so all you need to is feed it some placeholder flag and then extract each comparison byte.

I solved it using Qiling. I provided it a fake file and hooked the comparison instruction to log the register the byte of the flag was stored in -- ecx.

It takes a flag provided in argv[1] and asserts the length is 20. It'll run a few setup functions to populate global variables and then run a simulator function 0x400 times. This is honestly pretty big and gross and I didn't want to reverse it so I decided to poke around with GDB. 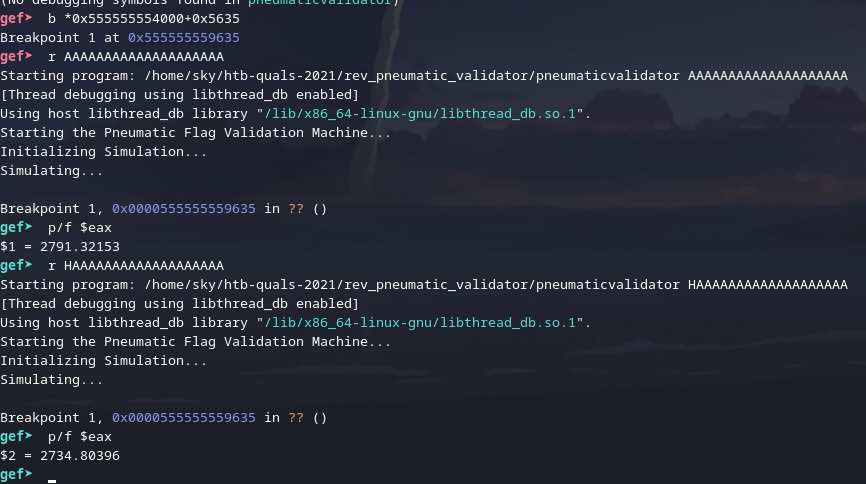 Ah, yes, I can actually just do that lmao. ✨ dynamic analysis ✨.